The Daly Orthodontists’ team focuses on trust and comfort during your orthodontic experience. Dr. Chen and his staff of doctors and dental hygienists thoughtfully guide you through a program customized for you and your unique smile. 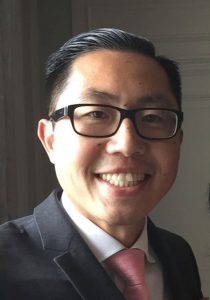 Dr. James Chen was born in Beijing, China and his family immigrated to the United States in the early 80’s looking for a better life.  After moving around the bay area his family settled in Fremont.  Dr. Chen received his Bachelor of Science with Highest Honors from University of California at Davis. After graduation Dr. Chen worked as a research associate at Stanford University focusing on cancer research.  He carried his academic career at University of California at San Francisco for both dental school and his PhD.

As Dr. Chen matriculated through his dual degree at UCSF, he realized his passion for orthodontics.  Towards the end of his PhD studies, he started his residency at UCSF Orthodontic Residency.   Dr. Chen obtained his dental degree in 2005, and PhD/Orthodontic Certificate in 2011.

Upon graduation he stayed at his alma mater as faculty working on different research projects focusing on access to orthodontic care for children in the bay area.  While working on his research interests, he became The Daly Orthodontist in Daly City.  At his office Dr. Chen is committed to providing the highest level of orthodontic care to both children and adults.  He is extremely dedicated to orthodontic excellence; he is a diplomate of the American Board of Orthodontics and is currently an affiliate member of The Angle Society of Orthodontics (Northern California Component).  In addition to clinical activities here in Daly City, Dr. Chen also works with craniofacial patients at Kaiser Permanente in Oakland.

In addition to his dedication to orthodontics he is equally committed to helping improve the overall oral health of his communities.  He went back to school to receive a fellowship in clinical research and Master’s in Public Health.  He uses this combination to develop local research and community projects to improve access to orthodontic care.  He is also a full-time faculty member at the University of Pacific Orthodontic program.

In his spare time, he enjoys spending time with his family (wife and son), playing golf, and running.  He has and continue to be involved in dental mission trips to countries that critically need dental care (Mongolia, Cambodia, Guatemala). 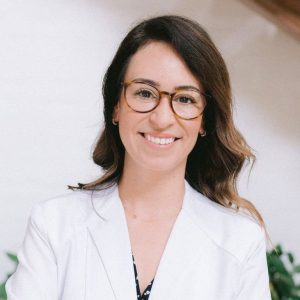 Dr. Alejandra Navarro grew up hearing from her father, also an orthodontist, about the satisfaction he received from creating beautiful smiles in her hometown of Guadalajara, Mexico. Inspired by her father, she followed in his footsteps with the same philosophy.

In 2009, Dr. Navarro completed dental school followed by an Orthodontics Certificate and a Master of Science Degree in Oral Biology in 2012, all at the University of Guadalajara.

Dr. Navarro completed her Orthodontics Fellowship at the University of California, San Francisco (UCSF) in 2013. Appointed as Adjunct Instructor at the UCSF Department of Orthodontics in 2014, Dr. Navarro subsequently chose to pursue full United States licensure, which required her to repeat her training for a second time in the United States. Toward that end, by 2020 she had completed a DDS, an orthodontics residency, and a Master of Science in Oral and Craniofacial Science, all at UCSF.

Dr. Navarro has won numerous awards and has completed several scientific projects and publications. During dental school at UCSF, Dr. Navarro was recipient of the Global Oral Health Fellowship and traveled to Peru to complete a study about malocclusion in an indigenous population in a remote island. She has published in the American Journal of Orthodontics and has conducted research on topics including progressive condylar resorption, airways, and malocclusion. She is currently a member of the Volunteer Clinical Faculty at UCSF.  Even with her extensive academic and research experience, Dr. Navarro’s first true passion is creating beautiful smiles for her patients!

During her free time Dr. Navarro loves hiking and travel with her husband who is a child and adolescent psychiatrist. She also dances flamenco!